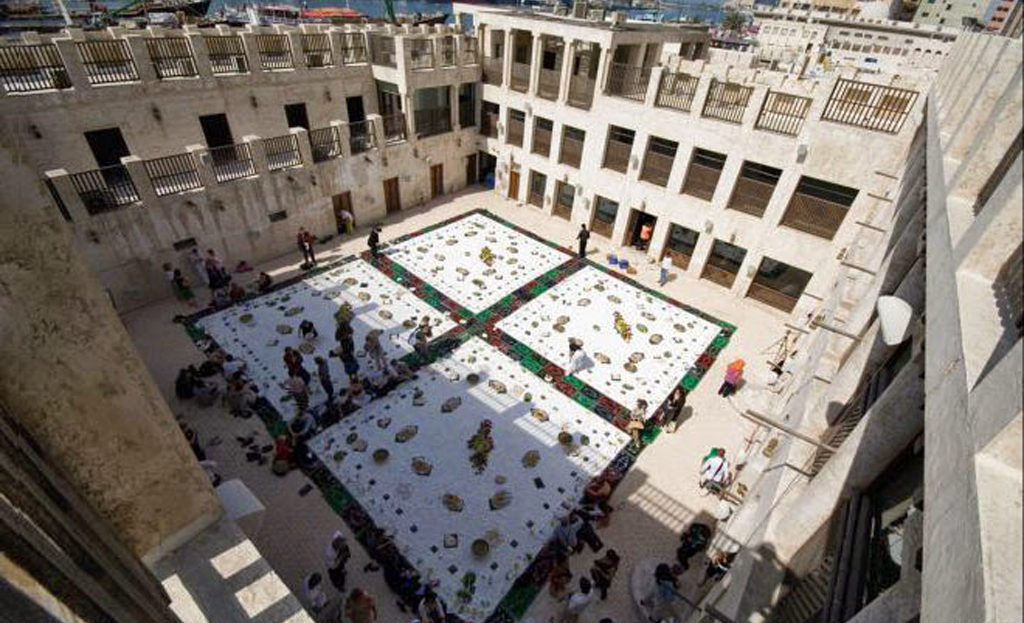 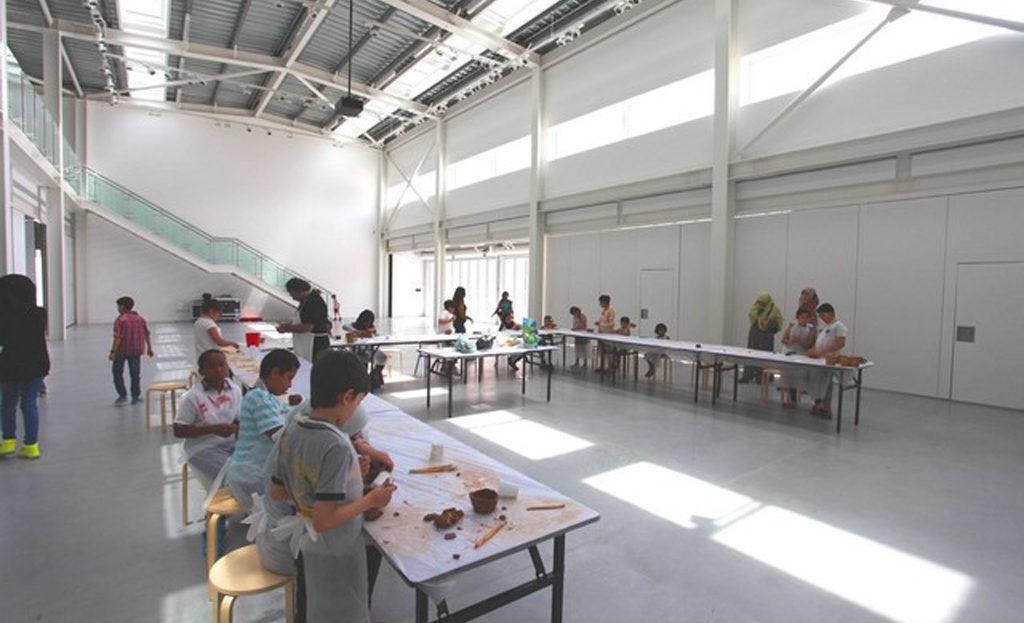 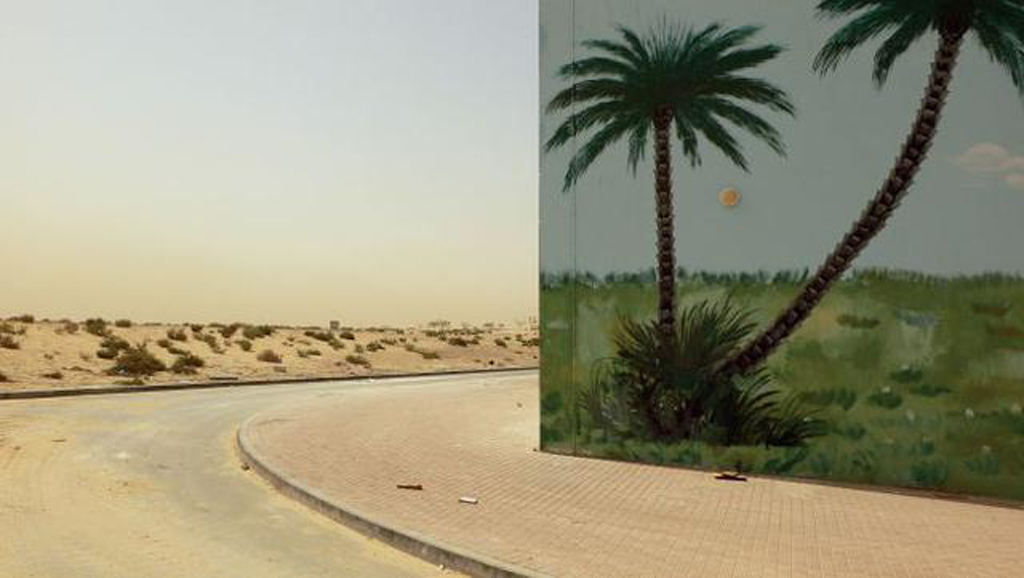 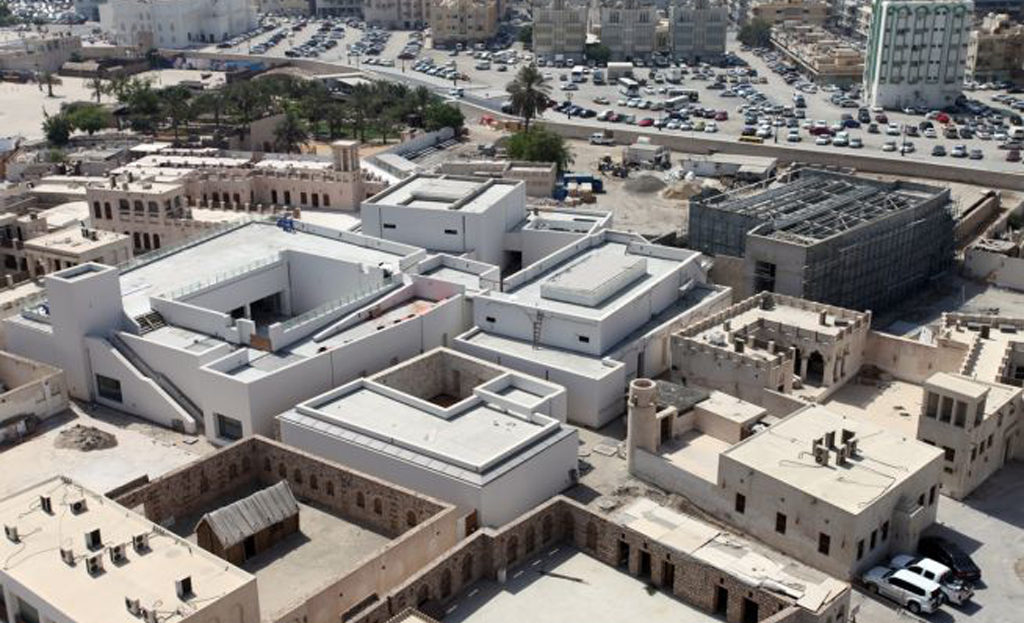 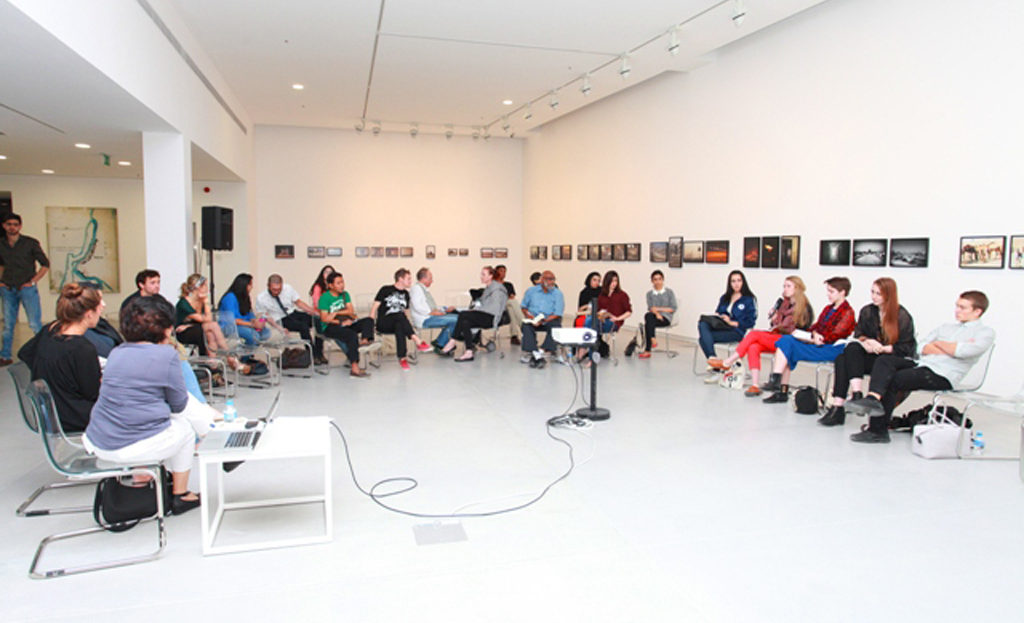 Sharjah Art Foundation supports the flourishing arts environment in the Gulf by nurturing artistic opportunities and actively pursuing both a regional and international programme of cultural collaboration and exchange.

VISION
Sharjah Art Foundation builds on the pioneering role the Emirate of Sharjah has played in the artistic and cultural development of the Gulf region. Inspired by the cross-fertilisation and rich cultural diversity of the Emirates, the Foundation provides both national and international leadership in the production and presentation of contemporary visual arts. Recognising the central and distinctive contribution that art makes to society, the Sharjah Art Foundation cultivates a spirit of research, experimentation and excellence while acting as a catalyst for collaboration and exchange within the Middle East and beyond.

PAST AND FUTURE
The Sharjah Art Foundation was established in 2009 to carry forward the mission of the Sharjah Biennial. One of the most celebrated cultural events in the region, since 1993 the Sharjah Biennial has formed a cultural bridge between artists, art institutions and organisations locally, regionally and internationally.
Reflecting the growing interest and enthusiasm for arts within the region, we work to advance the core initiatives of the Biennial while providing a broad framework of activities that respond to the challenges and opportunities in the art world today.
Though we are increasingly active internationally, informing all of our programmes is a deep commitment to provide support that recognises the particular, specific and often urgent conditions faced by artists and art practitioners of this region. Through the continuing work of the Biennial, the March Meeting, the Production Programme, Residencies, Exhibitions and the Collection, all of our work reflects the Foundation’s key values of production, collaboration and exchange.
Since Sharjah Biennial 6 in 2003, the programme has been led by Foundation President Sheikha Hoor Al Qasimi, a practicing artist who received her BFA from the Slade, and an MA in Curating Contemporary Art from the Royal College of Art, London.
The Sharjah Art Foundation is supported by the Department of Culture and Information, Government of Sharjah.

RESIDENCIES
The Sharjah Art Foundation Residencies programme offers visiting artists and art practitioners a dedicated outpost in Sharjah, not only as a place of rest, reflection and exploration, but also as a unique point of departure for those who are reassessing their relationship with the Emirates and the region at large.
Residencies are offered by invitation or through a call for applications. While the specific aims of the residency may vary, we look for proposals that reflect, in a broad sense, an interest and engagement with the regional context. This could simply be the desire for a new cultural experience that might later impact an artist’s work, or it may result in art that is a direct response to this experience or perhaps even a site-specific project. With this programme we aim to promote the possibilities of exchange between artists, the local community and the broader cultural landscape.
The residencies are often part of a long-term relationship with the Foundation, such as that of Danish artist Nikolaj Bendix Skyum Larsen, who was invited to show in the 2003 Biennial, and later returned for a residency in 2005. In the 9th Biennial he showed a video work Rendezvous (2009) where Keralan workers based in Sharjah and their families in India are projected onto adjacent screens. The physical and metaphorical distance between the workers and their families is a space full of love, devotion, hope, loss and longing. The work has since been acquired for the Sharjah Art Foundation Collection.
Lebanese Sound Artist Tarek Atoui’s residency in 2008 allowed him time to develop one of his most complex performances. This was premiered during the 9th Sharjah Biennial and later presented at the New Museum, NY, in 2009 and the Maison Rouge in Paris in 2010. Atoui is now working on a variety of educational projects for the Foundation. 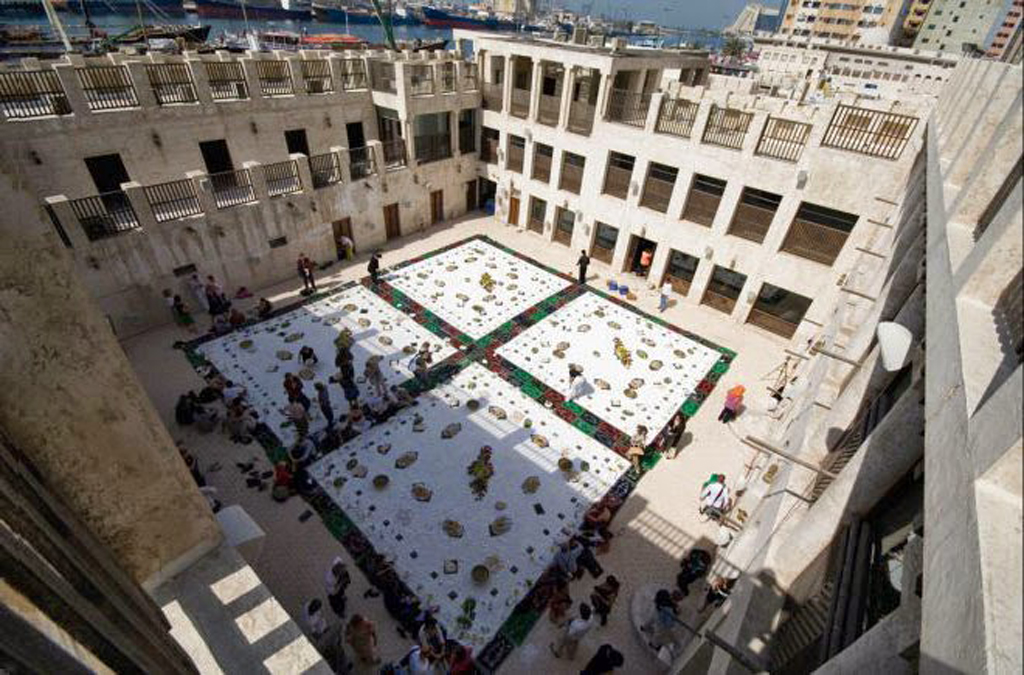 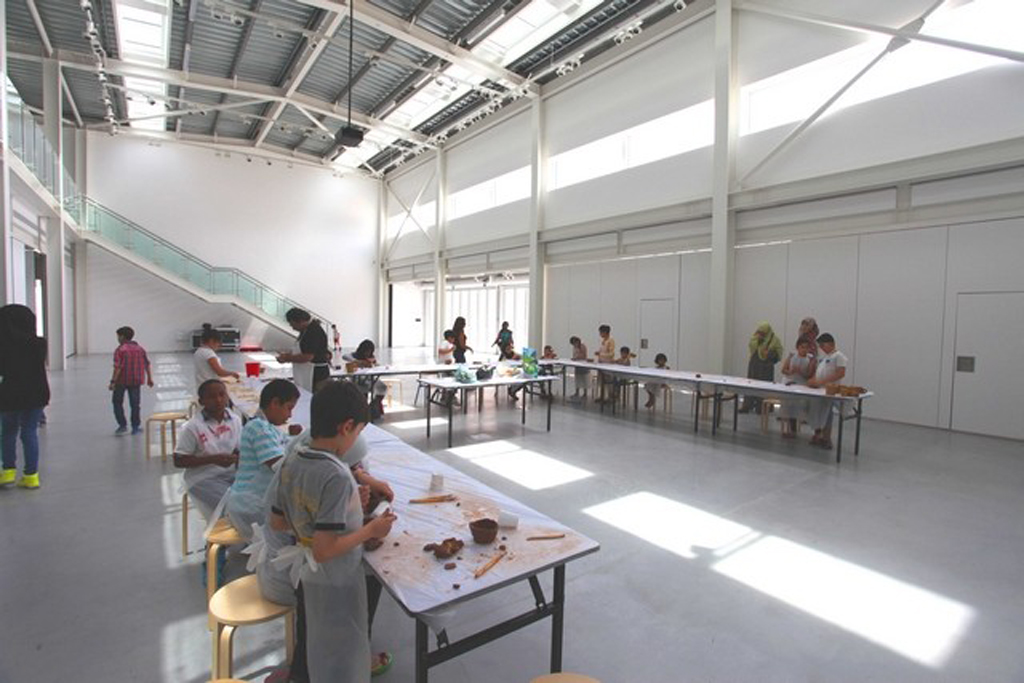 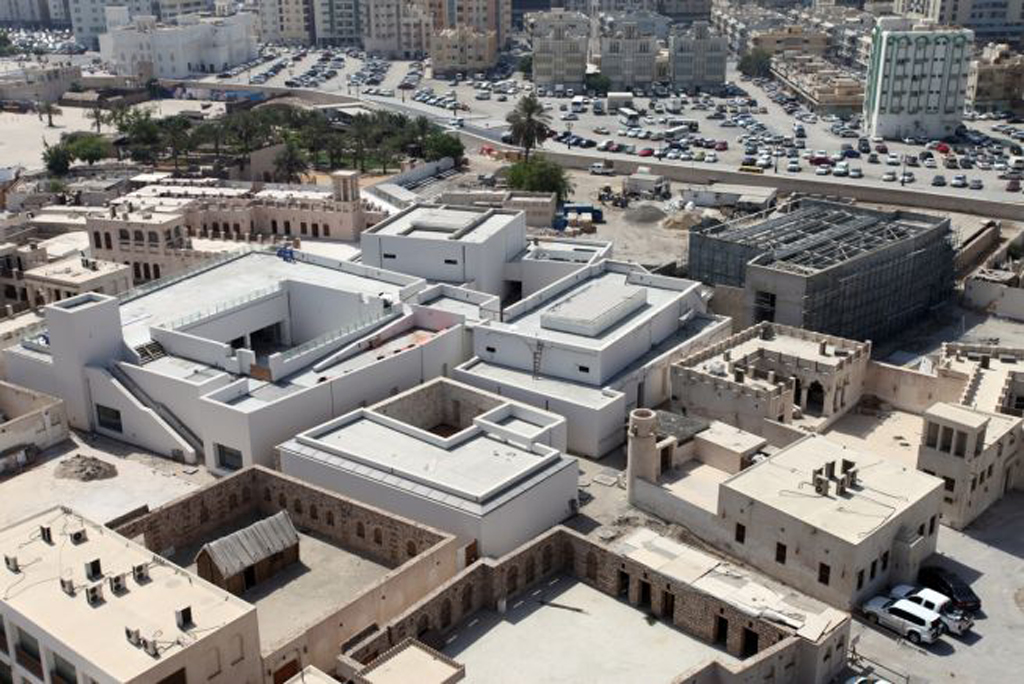 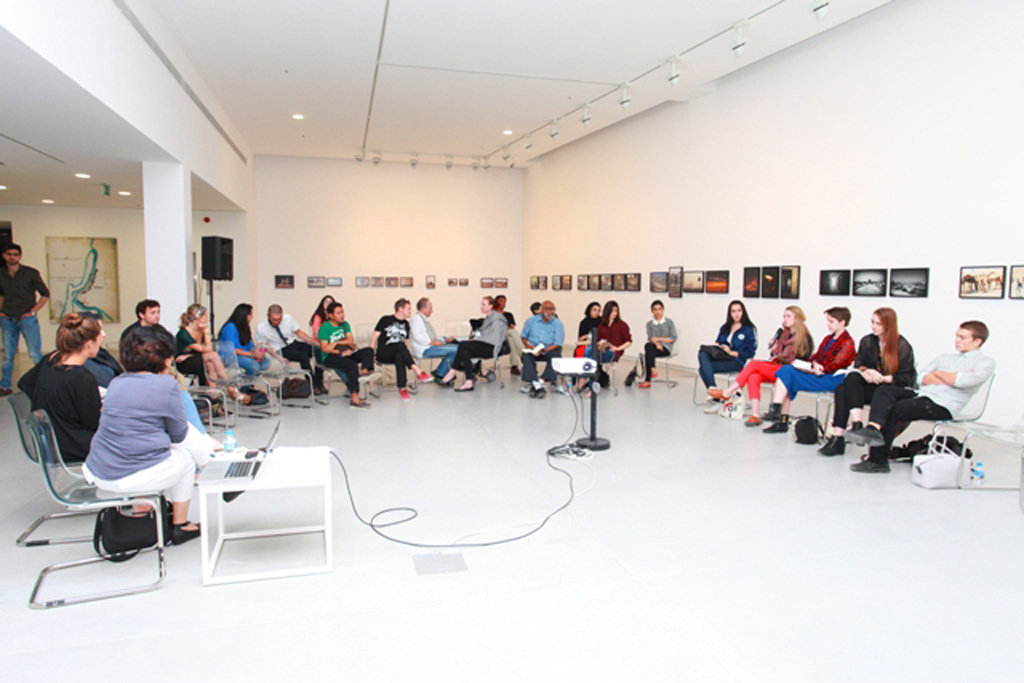 LA GARE À COULISSES
ARCHIVIAZIONI | PUGLIA
We use cookies to ensure that we give you the best experience on our website. If you continue to use this site we will assume that you are happy with it.OkPrivacy policy