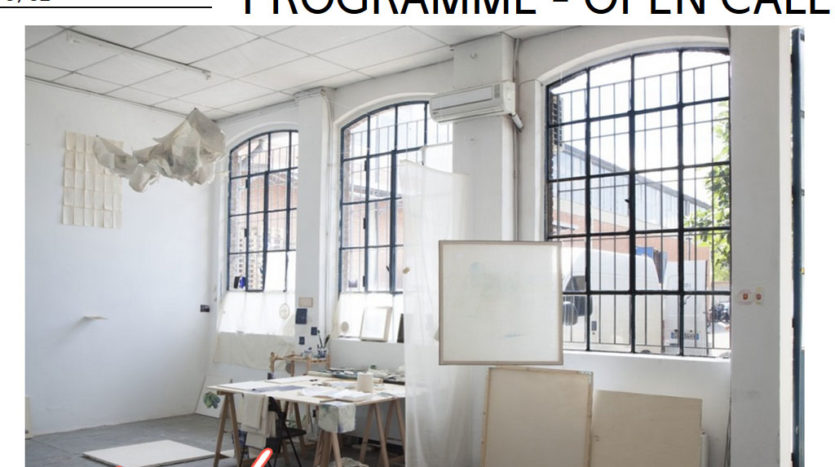 Cripta747 Studio Programme is pleased to announce the launch of his open call for 2020.
From 2017 Cripta747 has ran a Studio Programme to promote the international mobility, the stay in the town of artists from all over the world and the growth of the city’s cultural fabric. Every year we make available 3 studios to artists, curators and researchers who want to spend a period of work and production in Turin, Italy.

Cripta747 Studio Programme supports all aspects of contemporary art production with particular attentiveness to research and development. It offers a workspace in a context that favours dialogue and pair exchange of ideas and skills between visual arts and other expressive languages.

Cripta747 Studio Programme is influenced by the area’s rich heritage of craft. The proximity to artisanal workshops, family run manufacturing factories and small innovative companies present in the neighbourhood actively contribute to create a stimulating environment and an experimental production approach.

In addition to the Cripta747’s team, tutors follow artists’ research and production through meetings, critical conversations, interviews, studio visits, workshops and guided tours. Tutors role is to give a plurality of point of views about present scenarios, giving the artists involved new opportunity of exchange and discussion around their work.

Cripta747 organises open studios, which give the opportunity to engage artists directly with audience, to test out new ideas and processes developed during the residency in studio.

Cripta747 Studio Programme is a project by Cripta747, realised thanks to the support of Fondazione CRT.

Il territorio in scena: dieci anni di residenze ETRE
Florentine Voices by Piero Mottola at MAD Murate Art District
We use cookies to ensure that we give you the best experience on our website. If you continue to use this site we will assume that you are happy with it.OkPrivacy policy